In Photos; How far will they go to get your vote!? بالصور... إلا أي حد يتمادى المرشحون للحصول على صوتك 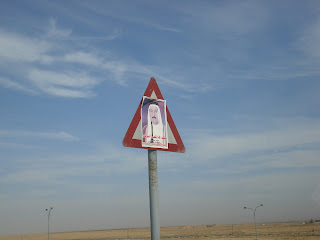 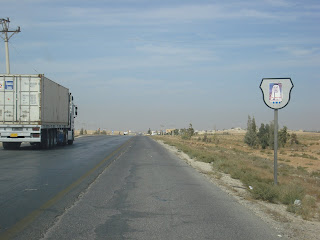 These were taken on Amman - Jaber highway... 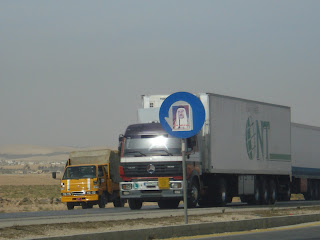 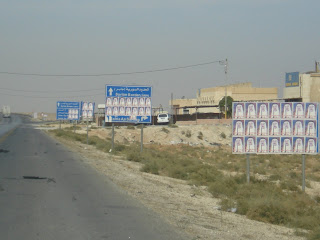 If those are the people who will steer our boat, then we are heading into the Bermuda Triangle :)
Posted by M Kilany at Wednesday, November 07, 2007

if i were you, i would've drew a moustach all over them :)

somebody is pretty desperate

I would say we are heading straight to hell, as u have a chance to survive in bermuda, while u don't in hell:)

We have the same situation in Dead sea.

According to today's Jordan Times, 90% of the traffic signs in Mafraq are blocked with campaign banners.

Bilal,
I can imagine, the dead sea road is dangerous as it is without blocking the traffic signs...

Dave,
True, the photos are taken in a place thats very close to Mafraq... This road actually leads to Mafraq...

Never trust people who use self grandising tactics ,ie politicians.

Hahahahaha! What they did isn't funny, the way you put it is, hehehe! On a serious note, LOL, mish 2adreh 2a2leb jadd, sharrou il baliyya ma yod7ek, those are supposed to be our representatives...eeeh

Urduni,
So true in most cases...

Three,
nicely put, I tried to translate sharro el balliyat ma yodhek I couldn't come up with an accurate meaning but I guess its close to this "The worst Calamity is one that makes you laugh"