Jordan Going Nuclear & we are not alone! 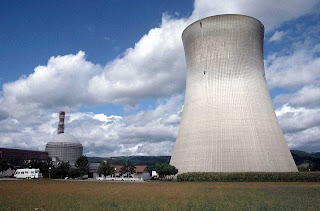 Sarkuzi & The King in Aqaba, Nuclear power support is coming from France for Jordan's ambitious project in developing Nuclear Energy. That's the headline in today's Al-Dustoor newspaper. What's not in the headline is that Sarkozy is also providing Nuclear support to Egypt as well...
I've checked a few websites on the issue, there is quite considerable talk of Nuclear Power in the whole Middle East region, check this out: "In the Middle east and North Africa: Iran, Gulf states, Yemen, Israel, Syria, Jordan, Egypt, Tunisia, Libya, Algeria, Morocco"
Another thing is, the King seems to be shopping around for efficient Nuclear solutions from a number of different places. France is the latest, since "Sarkozy wants everyone to have nuclear power", he is capitalizing on his technological assets and has his very own explanation of how sharing this will bring the west and Islam closer together... Other candidates to shop from are the Canadians, the King already checked out Canada in Mid July 2007 according to this.
He also made this statement on pursuing Nuclear Power to Akiva Eldar, Haaretz Correspondent, and guess what Israel went dead silent over this.... Very strange to say the least...
So we look closer and you will see that we have already signed an accord with The United States aimed at supporting the peaceful development of the kingdom's nascent nuclear program. It's official and it is on Haaretz.com in this report on 16/09/2007 .
I wonder what guarantees the Israeli's have, because not only that we also got the US behind Jordan, we have no objections from Israel whatsoever!!! Sounds too good to be true, toooo smelly...
Who would have even this was possible a few years back, something is going on behind closed doors! I hope we will not be witnessing a disaster like Chernobyl anytime in the future... 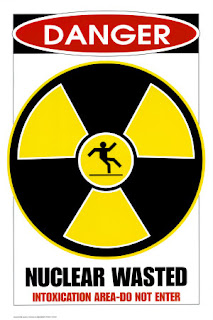 it's about time the French evened the level playing field. it was the french who gave the Zionist the Dimona nuclear reactor in return for attacking Egypt in the 56 war. Now, the French will give the Arabs nuke reactor so we will have to stop blaming the french and the zionists for the cancer in Jordan ;) which is caused by the faulty French design of Dimona reactor. now we will have two faulty french designs.

esh3a3 tage3...
LOL, thats one way of thinking about it... Two faulty designs are better than one...